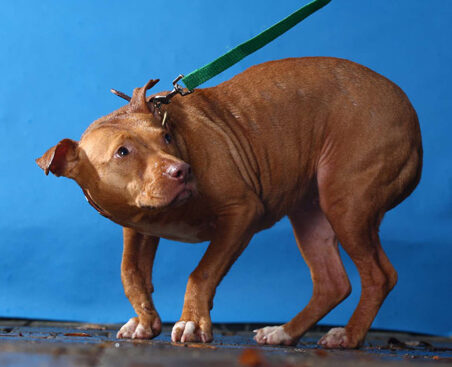 It’s been a long time since I’ve had a rant, so perhaps it’s time.
I’m no stranger to criticism.  Sadly, working in non-profit animal rescue, I’ve been called everything from a liberal whore to a bitch.  My actions are constantly judged, my beliefs challenged and my sanity questioned.  Most people don’t last long in companion animal rescue in this West Texas town.  The burn-out is incredible because we live in a community where, shall I dare say it, PEOPLE DON’T CARE.  And it is exhausting to the few that are concerned.

I’ve been rescuing animals my whole life, and on a full time basis since 2008, so I’ve earned the right to speak my mind today.  I love dogs and cats.  I believe the same creator who made me, made them.  I look into their eyes and I see a creature capable of love, loyalty and respect.  I also see a living being that feels pain, fear and loss.  I spend 8-10 hours every day being diplomatic, but after being attacked for supporting an ordinance that I think MIGHT help the issues, I’m going to be blunt and honest.

The fact that over 6,800 animals died last year in San Angelo because people failed them is a disgrace, and I am disgusted by ANYONE who would make the conscious decision to abandon an animal at a kill shelter.  Taking an animal to a shelter to be destroyed is a cowardly, selfish act.  I’m sick of irresponsible people dumping their problems on others to solve.  People do not honor their commitments.  When you take a pet into your home, you are committing to be that pet’s family, and family is for life… or it is meant to be.  But I guess that’s who we are as a society now.  If things get too difficult or require work, we just throw our hands up and forget about the commitment that was made.

I am equally disgusted by people who irresponsibly and indiscriminately breed high risk animals KNOWING FULL WELL that THOUSANDS of them die in the local shelter each year.  The average age of those animals killed is just 2 years of age.  Yes, Mr. Pit Bull breeder, I’m talking to you!  Your actions disgust me.

People invest hundreds, even thousands of dollars on dogs to treat them like livestock, chained in the back of their yard,  forcing them down to be bred by another dog or even paying the money to have them artificially inseminated just so you can sell the puppies for 300-500 bucks a pop to the first jerk that has the cash.  After the cash has exchanged hands, that jerk then discovers that puppies, like human babies, urinate and defecate and have to be trained on where it is acceptable to do such things.  Instead of investing any time in training, the animal is sentenced to a life outside, turned loose for “someone to find” or left at a shelter.  God forbid a living creature damage one of our materialistic possessions.  It seems to make perfect sense to this community for an animal to be sentenced to death because it urinated on a carpet or chewed up a shoe.  Since when did it become socially acceptable for us to openly value material goods over life.

Do you know how many sick and overbred, YOUNG female dogs I’ve come across during my years in rescue?  Hundreds.  Because of greed, these female dogs have been bred beginning at their first heat cycle, and every cycle thereafter, until that last pregnancy.  That pregnancy where she has complications and needs a c-section delivery.  But NO.  That would cost money, so forget about how much money the dog (or as the breeder refers to her “bitch”) made you and instead dump her and leave her to die.  I mean, what good is a dog that can’t have puppies, right?

Tell me, how is it your right, your “personal liberty”, to abuse these creatures in this way?

You know, it wasn’t so long ago that people defended the ownership of another human as a “personal right and liberty”.  Those people also sold the offspring that were born to “their property” for profit.  Many made a very healthy income off of the bartering of slaves.  Why have societies both past and present been so arrogant to think that personal rights include the savage, irresponsible and unrelenting abuse on another living creature?

Feel free to call me names.  Feel free to assume you know anything about me and criticize my beliefs.  In the meantime, I will continue to do what I do… CLEAN UP AFTER YOU.  I do what I do not for the people, but for the animals.  Perhaps I am insane, but I believe someone should stand up and fight for these innocent LIVING beings, and I am proud to do so.  I will keep fighting for them.  Perhaps your narrow-minded view of the animal world would change if, for ONE DAY, you spent time in the euthanasia room at the shelter and watched as, one by one, innocent, living, breathing creatures were escorted inside, held down and injected with poison.  If you had to watch as the fear in their eyes went dark as they died.  That little creature who’s only joy in life was to please his master was sacrificed.  For what?  Your carpet? Your shoes?  Your “personal right” to breed your dog.

Today I am sickened.  I will pray, and I will find my strength and I will keep fighting for what I feel is right.  You sit there and judge me, mock my cause and openly criticize my mission.  It does not matter to me.  If you abuse animals, abandon them, or irresponsibly breed them you are of no consequence to me.  I have better things to do… like save the dog you threw away.