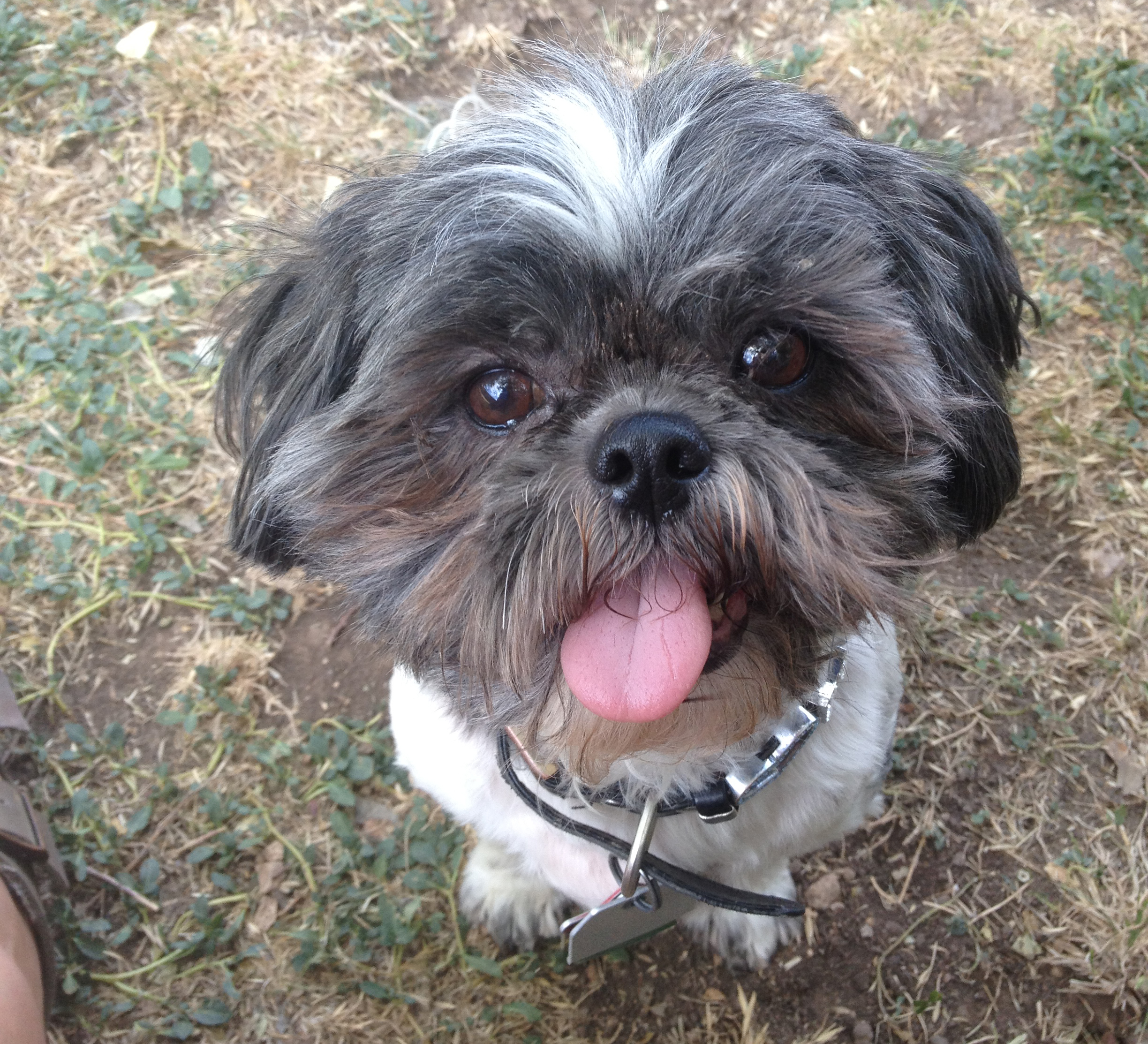 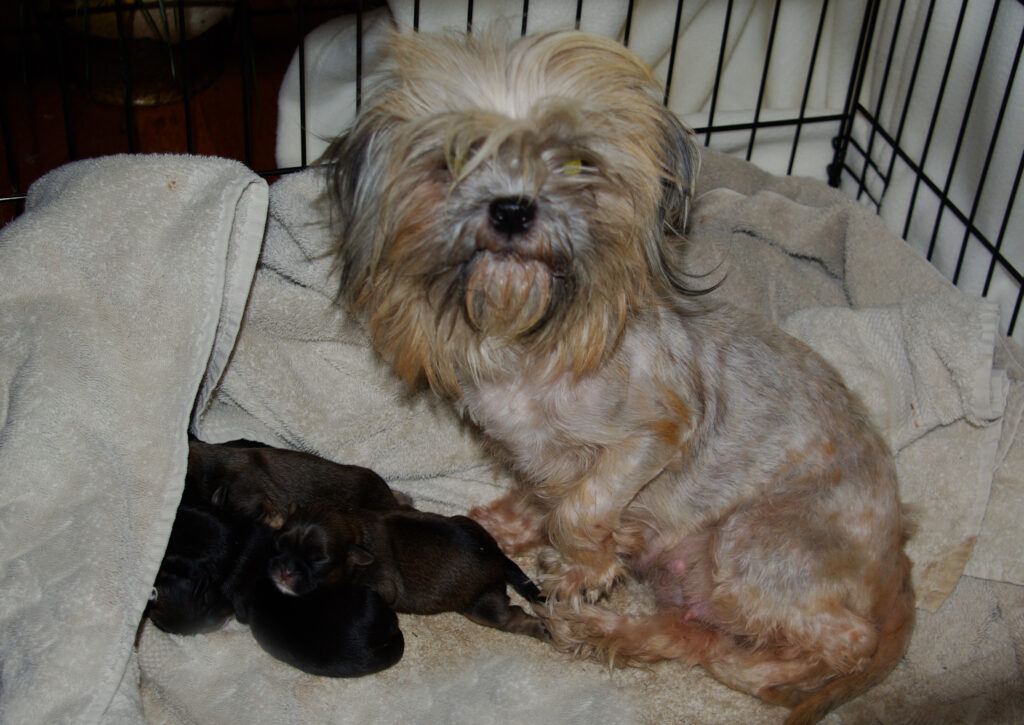 We had over a dozen shih tzus in the house during the first week of the rescue.  We soon began transporting them to their foster homes or adopter’s homes.  We had several mama dogs and their litters of puppies.  We literally moved furniture out of the formal living area so that we could transform it into a nursery.  We had a great time.  Was it stressful? Yes, a little.  But who doesn’t love a shih tzu puppy? 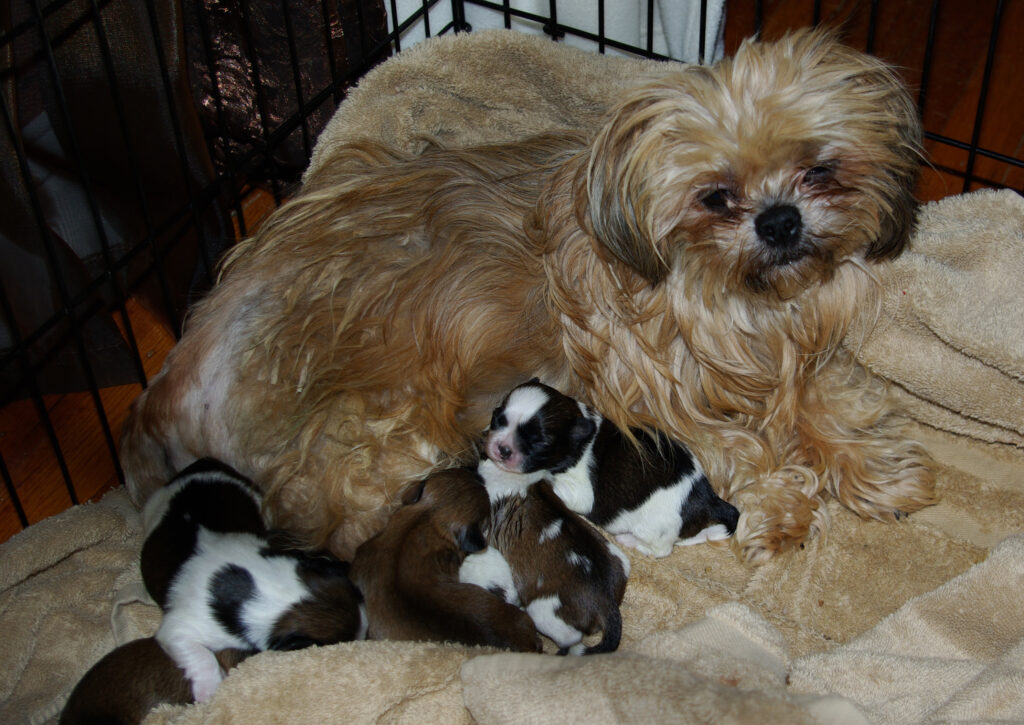 After most of the dogs had found their way out of the Wilson house, we were left with just a few.  But the ones that kept us jumping were a blind boy named Potter and clueless little girl named Muppet. They peed everywhere.  And I MEAN EVERYWHERE.

One day, we went about our morning routine.  The fosters were in kennels and they were let out when we woke.  They stayed outside for an hour or so as we got ready for our day.  We then brought them in to feed them breakfast. 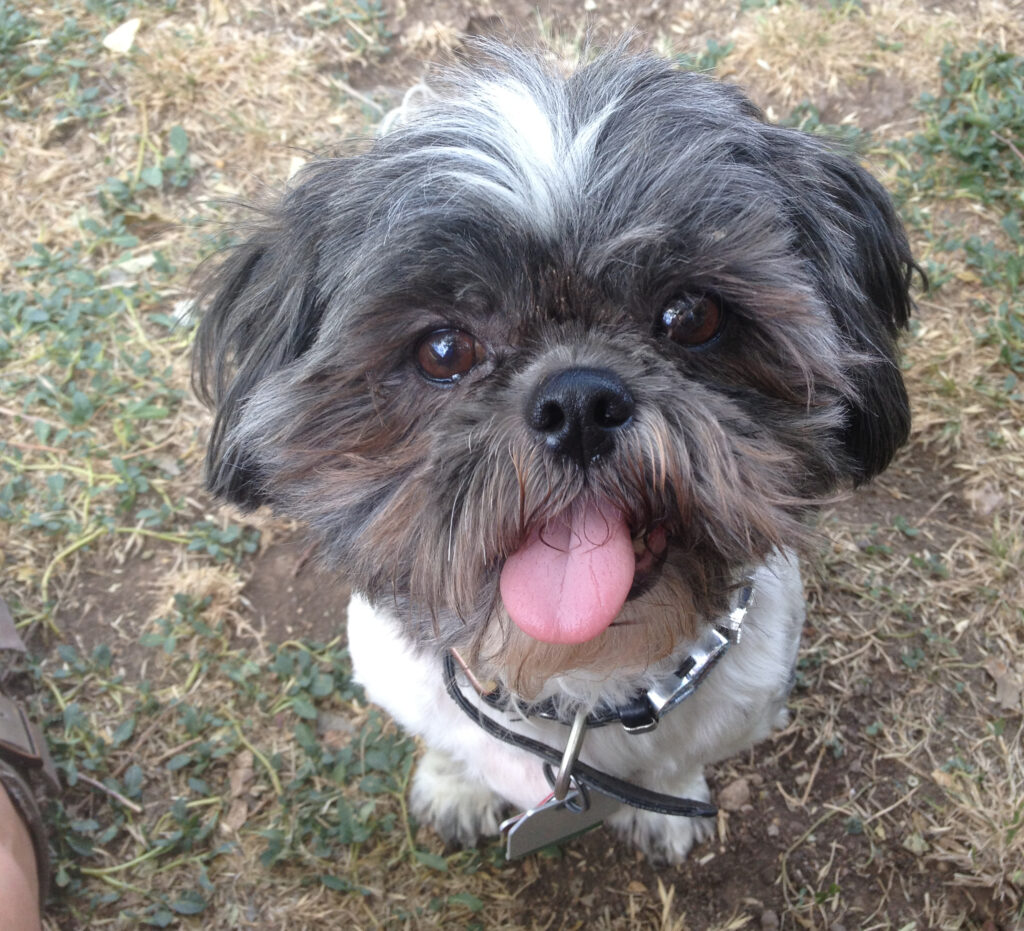 The act of being outside was still such an “experience” for Muppet she often didn’t take care of her personal business.  Instead she comes happily running in the house and jumps on the couch where she proceeded to squat and pee.  Who does that?  Who pees on a brand new couch?  Horrified, I corrected her and put her outside, and Michael and I started scrubbing.  It didn’t matter, the scent was there.  Our beautiful microfiber couch became Potter and Muppet’s personal toilet.  We loved these dogs and we wanted to prepare them for successful placement in a adoptive home, but I can’t begin to describe the frustrations of potty training.  Two weeks later, my “new” couch was hauled away.  All in the name of rescue.

Replacing couches, mattresses and chairs can get expensive.  So this led us to try different methods. Diapers and belly bands were introduced into our lives!  For females, you can simply cut a hole in a diaper for a tail and call it good. The belly bands requires a maxi pad.  The pad is placed inside the band and the band is wrapped around the little boys waist.  If everything is covered, it absorbs the accident.  After raising a leg a time or two and the contents are trapped, the boy dog discovers he doesn’t like this feeling and thus the potty training begins to take effect.  At least, that is how it is supposed to work. 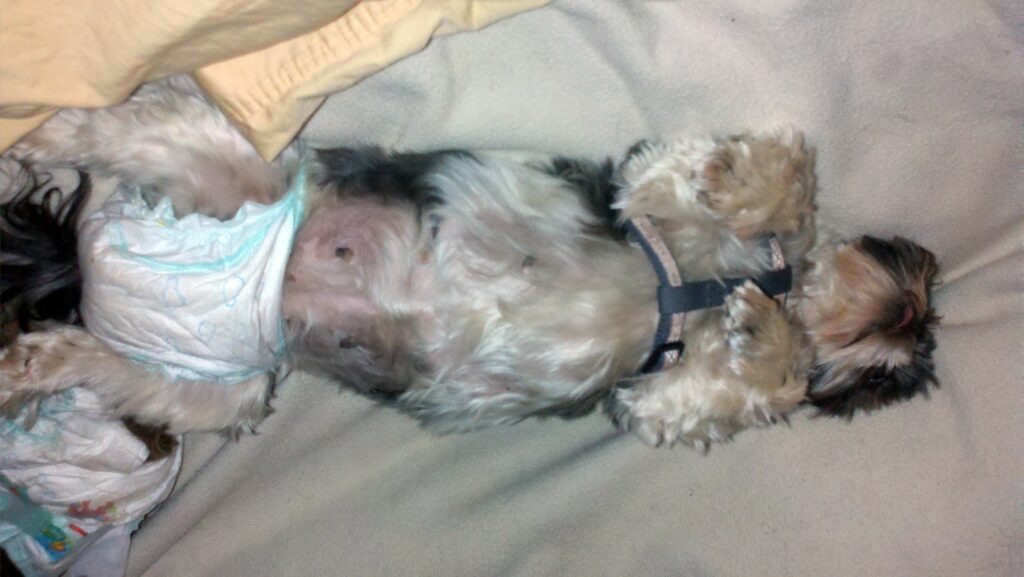 The diapers worked.  Muppet was the cutest thing prancing around the house in her diaper.  And she learned in time that potty was for outside and she outgrew her diapers.

But Mr. Potter proved to be a stubborn boy.  He wore belly bands and soaked them through.  He just didn’t get it.  But at least it was trapping some of the mess so there was less to clean.  But we were changing him like an infant.

One Saturday afternoon, Michael and I were buying groceries and on the list were maxi pads.  Not for me, but for Mr. Potter.   We stood there, a young couple in love discussing the various brands and styles of maxi pads and their absorbency.  After thoughtful discussion in the feminine hygiene aisle, we decided that, instead of traditional maxi pads, we would try a pad designed for incontinent women.  Surely, they would be more absorbent and meet our needs.

After we made our selection, I noticed this older couple shopping on the same aisle.  The woman looked at me with a confused stare. Her husband looked at mine with an expression that can only be translated into, “you poor man”.  It was then I knew, it had truly happened.  We were rescuers. We were the dog ass crazy people who not only buy maximum absorbency incontinent pads for dogs but stand in public and debate the pros of cons of each brand, style and shape.

Mr. Potter and Muppet were a challenge.  And when the time came, we couldn’t part with them and they are now members of the Wilson family.  We have since achieved potty training success and have retired the diapers and bellybands.  But in a basket in the dog room we have a stash because you never know when you’ll need diaper or a maxi pad for a dog.  Explain that to a non-rescue person!]]>

Every Hero Needs a Villain