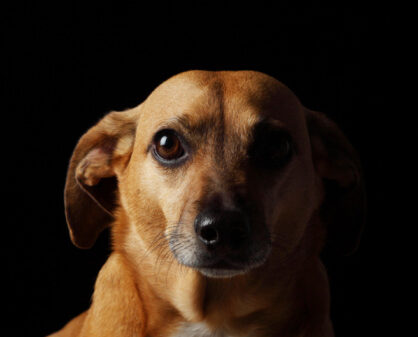 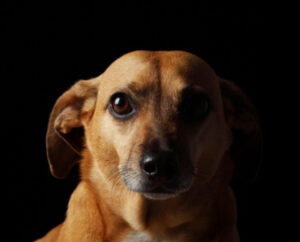 Today has been difficult.  I think that is putting it mildly.  I wanted to quit.  I wanted to run and leave the mess for someone else to clean.  But I didn’t.  Instead, I remembered Joey.

I’d like to say that rescue is fun, its rewarding and it gives me a sense of purpose.  And I guess, in all honesty, I can say that.  But I also have to add that it’s hard, it’s painful and sometimes incredibly lonely.

I knew nothing about animal rescue when I thrust my husband and myself into in it in April of 2008.  Our knowledge was limited to this:  there was a puppymill where 69 shih tzus were seized from deplorable conditions and all 69 were set to be destroyed.

My husband and I sat on our comfortable couch in our clean, quiet house and said, like everyone else in town, “Oh, no.  How sad.”  But unlike everyone else in this town Michael and I lamented over it.  How could you destroy 69 beautiful souls who had known nothing in their lives but pain and sadness.  We thought they deserved a second chance.  And that was all it took.  I started making phone calls and NONE of the local rescues would help.  Michael went online and did some research and reading and found a national rescue.  He emailed and they responded.  We were welcomed into the overwhelming, awe-inspiring, dirty, stinky but soul saving world of rescue.  We worked with Shih Tzu and Furbabies Rescue out of St. Mary’s, Georgia and we saved them all!

I remember every aspect about that month in my life.  I was literally dog tired but it felt so good to do something so important.  I remember volunteering at the shelter for the first time.  One of the few times I was in the back alone,  I was shaving down  (another thing I had never done before) a shih tzu to offer it some comfort from the filth that was matted in its fur.  I was working away thinking to myself how great this was.   I was saving this animal’s life.  It gave me such a rewarding feeling.  I heard some chaos from outside the door of the grooming room.  Next thing I knew this beautiful, young yellow lab came bounding towards me.  He jumped up on me with all his weight and covered my face with kisses.  He was trembling.  A minute later one of the shelter workers came in to get him.  He placed the choke leash over his head and began dragging my new friend out of the room.  He looked like a Joey to me.  I was horrified to watch as they drug Joey away from me.  He was so scared.  He defecated and urinated all the way out the door.  I put the shih tzu I was working on in a kennel and got up to clean Joey’s accident. Afterwards, I walked out into the hall where they had taken Joey.  Joey had just come into the shelter that morning.  He was leaving the processing room so I assumed he was going to his kennel.  I was so naive.  As I walked down the hall, I approached the euthanasia room.  There is a small, long window in that door.  I allowed myself to look in and there was Joey, head dropping.  They were checking for a pulse.  Joey was dead.  The shelter worker picked up Joey by his back legs.  Joey’s head hung down to floor as the shelter worker callously threw  Joey’s lifeless body into a wheel-barrel filled with other dead dogs.

I cried so hard, I couldn’t breath.  Joey had come to me for help and I didn’t save him.  Joey knew they were going to kill him and he wanted to live. I didn’t know that day that not every dog that goes to the shelter gets a chance to be adopted.  If an owner surrenders a dog to the shelter and the shelter is full, that dog must die.  I will NEVER forget not saving Joey that day and it was then that I pledged to do something.  I had to be a part of putting an end to the senseless destruction of thousands of beautiful living creatures.  I have been devoted to rescue ever since.

It’s hard.  And its days like today that I want to runaway.  It’s heart wrenching to watch these animals suffer because they have become an inconvenience to the people in their lives.  Instead of training these animals or learning how to communicate with them, people just throw them away and they don’t care if they die.  As an animal lover in rural West Texas, I’m outnumbered.  And it’s a lonely, exhausting fight.  And there are days where I just don’t think I can do it anymore.

But then I think of how I failed Joey and how I promised I would not stop fighting.  I owe him.  So, tonight, I’ll go home.  I’ll draw a hot bath and I’ll cry.  My tears will be for the ones I can’t save…..and it hurts because there are so many.  And my tears will also be for myself.  I’ve sacrificed things in my own life so I could be involved in rescue.  I’ll also cry because rescue is a painful and lonely place.  Far too few people understand me, what I do or why I do it.  But fortunately, I have a husband who loves me, and cherishes the lives of cats and dogs like I do.  Our house is full of fur and love and for that I am grateful.  So, I pull myself up and I’ll regroup, refocus and be back tomorrow to fight for Joey.